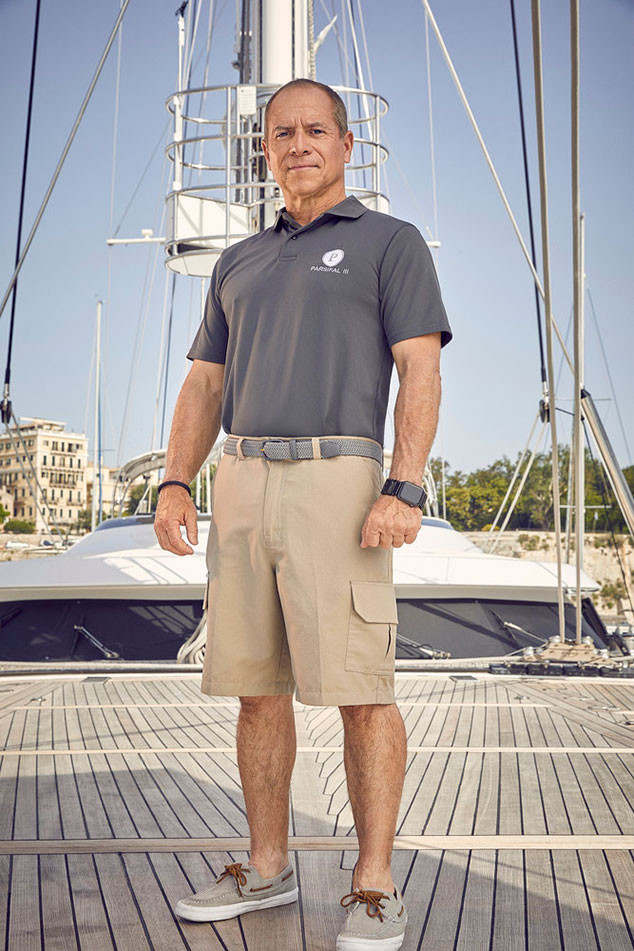 Under Deck’s third spin-off Under Deck Crusing Yacht premieres in only a few days (do not miss it Feb. three at 9 p.m.!) and E! Information has some unique scoop straight from Parsifal III’s Captain Glenn Shephard. For followers questioning how Crusing Yacht will differ from Under Deck and Under Deck Mediterranean, there’s one main issue that units it aside: the wind.

“Obviously, the big difference is we go out and sail,” Captain Glenn tells E! Information. “It’s very exciting and I think that’s the big difference. The sailing aspect and getting from A to B rather than just motoring there is part of the fun. That’s part of it but it’s also the difference I think will be the type of crew because they’re sailors.”

“It definitely adds an element of unpredictability,” Captain Glenn added of the crusing ingredient. “There’s always danger in everything—if people are careful, we advise them how to move around the boat when we’re sailing and stuff like that so our guests are safe but it’s still exciting for them.”

So is Shephard’s captaining type extra like Under Deck’s Captain Lee Rosbach or Under Deck Med’s Captain Sandy Yawn? “I may have a little bit of both of them, but I’m probably a little bit more laid back than they are, I think,” he revealed. “I have a very laid back [style], not completely hands off but I like to give ownership of the departments to my department heads. I don’t want to stifle their initiative. I keep an eye on everything but I consider myself a micromanager rather than a micromanager. In a way I pride myself on that…but I think I get the best out of my people by doing it that way.”

Shephard says of Paget and Ciara’s on-board romance, “Generally speaking I’m open to couples and I’ve worked with a lot of couples—obviously there’s an expectation that they’re discrete—it’s kind of unusual for couples to work in the same department and that adds a very interesting element that you could see some drama from that. I think it increases the stress level a little bit because you’re not just living on the same boat, you’re actually working. So you’re 24 hours together…You can imagine that if you’re that long together it’s going to lead to some interesting stuff.”

And in true Under Deck style, Captain Glenn says followers can count on some “rowdy” visitors on this season of Crusing Yacht. One couple even requested Shephard to marry them!

Do not miss the premiere of Under Deck Crusing Yacht Monday, Feb. three at 9 p.m. on Bravo.

(E! and Bravo are each a part of the NBCUniversal household)